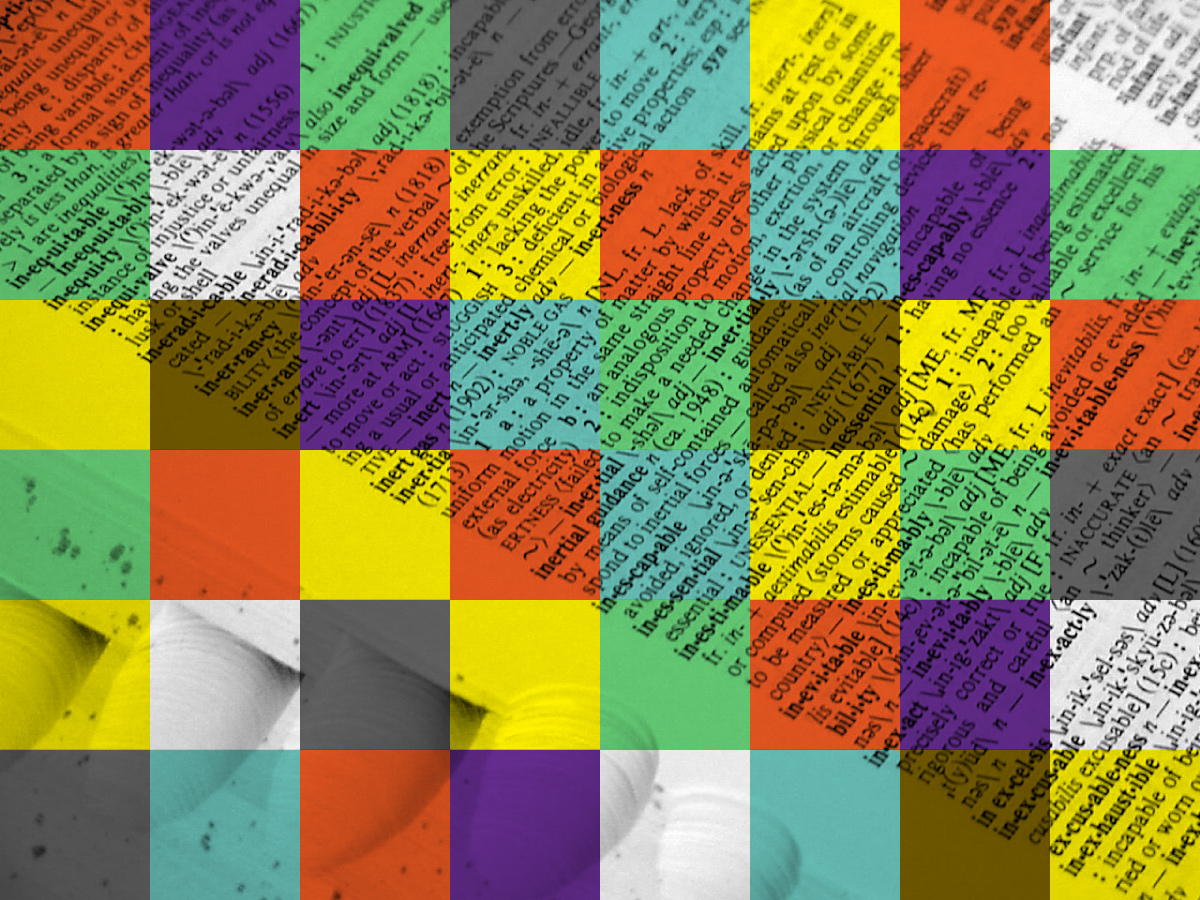 I wanted to tell you what I mean by “gay.” But that fell apart. I kept getting stuck on words. They’re complicated. We need words to have voices, but sometimes they prevent us from being heard. I keep coming back to how a symbol’s meaning depends on its context: to how that symbol will hook to a patterned scheme of neurons in your brain constructed based on unique experiences, entailing that the thought triggered is necessarily different from mine or anyone else’s…

Dalton, slow down. Gosh. Let’s try something else.

The Curiosity of Dictionaries

Flashback! Zoom down from above google-earth-style on a homeschooled hobbledehoy sitting on the carpet of a bedroom suburban. From his desk—a work surface painted the ponderous navy of the ocean—he retrieves his trusty tutor: a back-to-school-edition Collins English Dictionary with red stripes, yellow stripes, and the factory-punched holes to enable stowing in a ring-binder.

Grown-ups and smart people defer to dictionaries to refresh clarity and literacy for words they pretty much know they just had to check really quick okay?! However, this boy’s young ears are landfall to many an unfamiliar utterance. A novice of the polysyllabic, at times he would depend on Collins to decode a mere sentence. Were he lucky enough to deduce the spelling, the softcover lexicon would lend him a general gloss of unknown concepts—creating in his mind an authority where before even nothing had never been.

That is, unless the two or three terms Collins used to explain an entry were themselves unfamiliar. This left that whippersnapper no choice but to lodge a finger in the page while he flipped through again. Can you imagine his frustration when even the second round of definitions were populated with mysterious terms? Picture a young Dalton, hunched with legs folded in a triangle with multiple scrawny fingers woven through the humble paperback in his lap—trying to learn a word to learn a word to learn a word.

Have you ever thought of dictionaries as this sort of infinite regression? A book built exclusively by self-reference? They define words using words. Each word in a definition is itself defined elsewhere in the tome. Unless you already command a vocabulary, the book is nothing but a collection of undecipherable symbols. Yet the dictionary seemingly believes (if you will) that it knows what these words mean: it has constructed a self-consistent system where every meaning moves lockstep in a perfect crystal of coincidence. 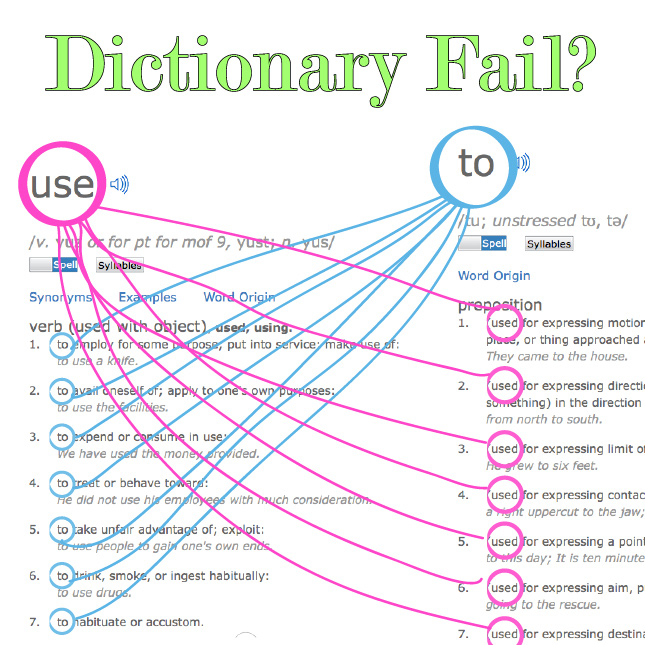 Eventually, I figured out a definition doesn’t give a word its meaning. Otherwise, newborns would be hopelessly page turning for eternity. Instead, infants are watching. Listening. Observing the world and absorbing language: a recipe for a birth of meaning in the mind. Little walking dictionaries, us all.

Yes, I looked up “gay” in that dictionary, but that’s not how I know what it means. I’m still learning what that word means. I learn what it means every time I use it. In that little word I pack my interpersonal reality; my knowledge of the vast diversity of people who identify under its banner; my understanding of its usage in biology, sociology, and psychology; my beliefs about the human soul and the intent of God; Indeed, my entire framework of understanding tags along. As with the dictionary—that network of boyhood fingers—the only way “gay” (or any term) can mean something is by grafting it into the system. Yet as it leaves my lips it exits the system I have access to and enters one I do not.1

This May, I shared a video with a bunch of people that started like this:

This wasn’t ad-libbed. I thought carefully about every word I said in that video. This time, and each time I came out2 before it. Like many former closet dwellers, I have invested time trepidatiously weighing exactly what sequence of sounds would be the most truest blurt of truth.

Hours. cumulatively, days, maybe. On one phrase. Forget that. As an experienced “coming-out”-er, I would rank “I’m gay” at the top of ways to come out. Partly because I’ve come to accept that sometimes I will be misunderstood. I can’t bank on finding one term or expression that means the same thing to everyone.

What you don’t see when you watch that video is the list of names in my journal that I had been slowly working through for years. You don’t see me writing and polishing that little speech for months, practicing it in the mirror the day before, nervously driving around that afternoon looking for a secluded space, and listening to Sara Bareilles’s “Brave” no less than four times to build up the courage to actually record it.

How about an experiment? Be brave with me today: Relax. Pay attention to the sensations in your body. Think of your toes, your knees, shoulders, fingers, scalp. Now read these phrases (out loud of course, if you dare), one at time, and reflect on the sensations they give you. Promise you’ll do each one! No cheating. Go!:

Ok. You did it. Relax. How was that? Uncomfortable? Was it difficult to make yourself say those words? If you’re perfectly comfortable with all of those phrases, than welcome to earth! Hope you like it here. Some of those lines make me very uncomfortable. Each one comes with its own hidden meanings and cultural baggage.3

In my life, “gay” was nearly a curse word for a long time. Even as I became more comfortable with my reality, the word still bothered me. So today, I understand if it might still bother you. Ask yourself, how would you feel if someone called you gay? Insulted? Dirty? Sinful? Marginalized? Or empowered? Rare? Fabulous? Proud? What do people truly mean when they say it? Maybe they meant something negative, but most often they don’t. The word is always the same, but the meaning changes. Try to make friends with it; it’s not that bad and it’s kinda useful. 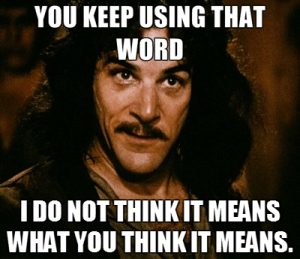 A secret truth of mine is that I am still uncomfortable with the term gay. I still practice saying it. I still look in the mirror and say it to myself. I take it out and shake it until all the baggage falls off. Then I go out and I wield it with purpose. What it means is how I use it. If I say I’m gay; look at me. Who am I? How do I live? Am I reckless? Bitter? Selfless? Strong? Whatever I am, that’s what it means when I say it. I step into it like a garment and make it my own, eschewing the fear of what assumptions might be yoked to it.

Still, I’m a sensitive guy. I care what you think about the things I have to say. My nerves flinch that your opinion of me might sink if I use buzzwordy lingo like “cisgender privilege” or “sin.” But brooding deeper is a concern that you will thunder away in anger over what you think I believe, when my true stance is much different. More careful. Crumbling with cautious uncertainty.

← A New Blog; A Third Voice
My Story Begins – The World From the Backseat →