Same-Sex Attraction & Identity, Side of Fruit 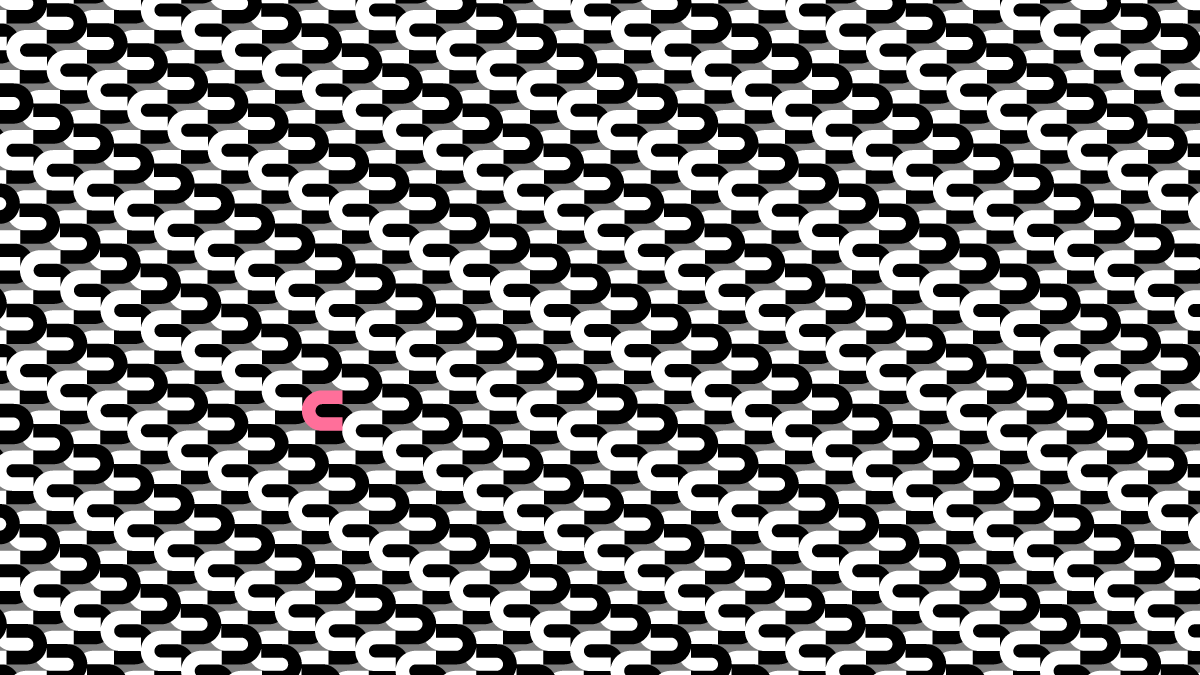 Same-Sex Attraction & Identity, Side of Fruit

I’ve tried to write this piece a handful of times. It’s the post that comes after “Why I Say ‘I’m Gay.'” The one that tells you what I mean when I say ‘I’m gay.’ There’s a lot of detail between “we’re here, we’re queer” and “love is love” that often gets glossed. Baby steps.

So lets hop to it. I’ve relinquished power over what the minds of others think when I say I’m gay, but I can still build some definitions so I make sense. What “I’m gay” means to me, is this: I’m attracted to men, and not to women. To me it means only that. It is apart from the things that are often hitched to that wagon: lifestyle, relationships, taste, physicality, sex, faith, and so one. All these things are real, important, and part of the equation, but gayness proper is the attraction only. Bare and simple.1

But then again, not simple. Utterly not.

When I’ve told loved ones in the past “I’m attracted to men” they sometimes ask “What do you mean?” A fair, if bewildering, question. What do we mean when we discuss attraction? What do you think of when I bring up people-wise desire? Likely, you have a nugget of think; a concept you exercise with ease. When Veronica says “I find him very attractive,” you aren’t lost in her rhetoric. Though it’s unbeknown to you how and why “he” is supposedly attractive, or what Veronica’s experience of him is, her premise is, for the most, relatable. You get her. There’s something: a mannerism, a gesture, an attribute, or the mysterious sum of it all that hooks her eye and mind. It can be instant, it can be patient. It’s attraction.

A whisper in the wind: bluberries…

Attraction yes, but in a mere moment, between two individuals. The capital “A” Attraction we’re discussing is a blimp on a kite string, a gradient from sexual to platonic, a topography of tastes across the copious populations with frequent terraforming. Not how to win at being sexy, it’s what is or isn’t interesting about everyone to everyone and how so. As I strategized how to explain2 my claims about attraction to men, I was confronted with questions of what matters in people at all. If you, like me, have said you like a certain gender, you still probably feel differently about every member of that gender. And if that’s the case, is it really the gender of those people that matters, or other things about them?

So what does matters? You can make a list of everything about people (like: arms, eyes, butts, hair, organs, skin, mouths, muscles, intelligence, wit, patience, empathy, ambition, honesty, language, family, friends, place, time, fortune, age, culture, etc.) and it’s hard to cross anything off. Double-rainbow statements like “I’m attracted to men” feel more like a skipping stone than a submarine.

To illustrate, think now of a close friend, someone you see on occasion and bond with more than others. Now, ask yourself this: why them? Of the billions, why did this one wriggle past the crowd? Even if you only spend an hour each month with them, that relationship is statistically exquisite to you. You have far fewer hours in a month than you have potential former strangers in the world.

This could seem unanswerable or obvious: maybe they were the only other person in your grade ten ping-pong club who used gel pens to sketch dream bunny farms. Mystery or history, there was a place, a time, a commonality, a conflict, and/or a chemistry that sieved them from the masses and drew you two together. Your meeting may have been intentional, or it could be happenstance. Unirregardless: There is something about you that fashioned a foundation for who you are to each other. Don’t buy it? Well at least concede there are things that let you tell your friends apart from strangers. Their face, their clothes, their name, their cares, their address… There is a way you keep them separate in your memory from the umpteen randos in the farmers market lemonade stand lineup.

Thus I posit that everything about a person matters in some way—and I don’t just mean what is or isn’t “attractive.” That word is less useful than we thought. Every fragment of someone composes the story that crosses ours. This is the foundation we build all our relationships on. Close friends, acquaintances, customers, rivals, relatives… Without these little pieces of difference, you wouldn’t have anyone in your life, for there would be no one at all.

Things about us matter because they make us. In some way, we only are all the things about us. So of course bodies matter, of course intelligence matters, of course language matters: these things compose our being. Some were determined by the fusing of your genome, others by where you played after school, but the origin is of little ultimate significance: whenever it became true, that piece of you asserted an existence.

Desire is one of those pieces.

Do you like tomatoes? I don’t. I grew up hating tomatoes. I proclaimed my disinterest in the green/red fruitable at all opportunities. By educating others on my dislike of tomatoes, I helped to affect the rarefaction of their ingestion. As I grew older however, my values shifted toward health and dietary flexibility (and it began to feel immature to pick things out of my food). So, I endeavoured by clenched curtain of will to dissuade my proclivities of their stubbornness. It was a great challenge (I’m so brave), but eventually I taught myself how to tolerate tomatoes, next even to appreciate them. Sometimes, I go so far as to buy them just for myself. They can be a nice snack. I said nice. Not great, not super, “nice.” That’s it. Even nice is pushing it.

I don’t love tomatoes. I never will. I love blueberries. Oh, the resplendent blueberry! I would choose the most decrepit blueberry over the tomato of tomatoes. Grapefruit is even more divisive: breathe the bitter citrus upon my meal and I will opt for hunger.

All this talk of fruit preference (haha, get it?) is about attraction. Why do you like what you like? Why did I have to work so hard to develop a thin acceptance of tomato? A juicy, bright, delicious… sorry I can’t do it: they are little red alien brains. Eww get back in the ground! …Why do you like indoors over outdoors? Tight clothes over loose? Dancing over video games? Our desires are something we are given, not achievements or schemes.

Yes, there is some insight, like genetics, environment, pre-destination, a chaos of overlapping related factors… yet to me these explanations are just the unreduced versions of some essential mystery. Take it from me, trying to trace the genesis of your desires brings you to the singularity of your being. “Why do you like this” becomes “why are you who you are and not someone else?” Absurd. It’s just there, it just turned out that way, it’s just who you are—maybe who you are meant to be. Our desire, our repulsion, our ambivalence: these are some of the most personal and core aspects of our selves. Sure, some will change, but a discard and redraw doesn’t erase the hand you were dealt. You can’t change what came easy to you and what was a struggle. There is a fabric of inevitability beneath it all, wrinkling your identity like a thumbprint.

The style of my attractions to people has given me grave pause in my life. You may have guessed that the manner of this attraction has proven more stubborn than the appeal of tomatoes. Maybe it’s different for you, maybe your attraction is fluid and docile. For me it’s a stubborn serpentine dragon. She moves how she wishes and goes where she pleases. Granted, I sometimes catch an iota of insight. I can decipher some curves or divine a trajectory, but might the architect be understood, she remains beyond persuasion. Attraction presents itself to me and I am left to determine “what do I do with this?”

Have you heard my belaboured point in all this? It’s just this: what we like is part of who we are.

I want to bring up something: the push from within some ideologies to resist the term “gay,” often interpolating “having same-sex attraction” as the acceptable adjective phrase. Part of the reasoning is perhaps to separate the attribute from the identity as an instrument to those who question the attraction. Not “I am this” but “I have this.” It feels more outside, less necessary.3 Or, if you believe something like “being gay is not an identity”—that there aren’t really gay people, that everyone’s insides are the same but they make their outsides act different—you might prefer this turn of phrase.

I hope I’ve convinced you by now that the words we use are just the playthings. I’m not here to say one phrase is right and one is wrong. I’m here to tell you they are both doomed to be wrong. I say “gay” instead of “SSA” because it’s shorter and more widely understood. I cannot explain my attractions in a word. No one can. I’m in the process of failing to explain them over the course of a whole blog. These terms are just nuggets of the reality we live.

Moreover, I hope you can begin to see my contention with the denial of gay being identity. You cannot just rip elements of self from identity and expect a whole person to endure. There is what we have, what we like, what we do, and more. “Who we are” isn’t above and independent of them, it comprises them; it is only them.

It’s not all dandy. There are unflattering things about me. These things do not define me, and yet, they do. They are not a parade banner before me, but they are Lego bricks forming my feet. This we cannot escape. But when I hear this idea that attraction isn’t part of identity, all I can make it into is “what you like doesn’t matter: what compels you, what enthrals you, what infuriates you: it’s all moot. The way you see men doesn’t say anything about you. Your profound experience of people is meaningless.”

As much as anything can be “an identity,” being gay is indeed an identity. It’s not as discreet or simple as we hoped, but it is a hint of something real and important. Maybe you are still a skeptic on why, or what it means, but gay people exist. Gender matters, attraction matters, and both are part of who we are.

← Grief, Ten Years In
Lessons for a Good Boy – My Story II →